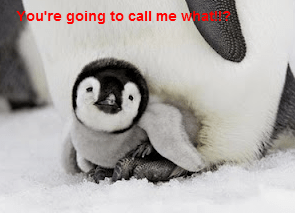 The forename however can be an interesting tool to help family historians make connections between people in all sorts of ways.

Most of us will be aware of naming patterns in families, an example is first son named after father, first daughter after mother etc this pattern is typical in families from the earliest  records. It is not an absolute but nevertheless gives a useful general guide to how things work.

We can use both the forename and birth date to see if there is a ‘missing’ child, i.e the oldest son is Charles born two years after the marriage date, the father is John. That would prompt us to look for a child John who was born before Charles, in this way you can sometimes suggest the possible parents for people who have your surname and are ‘floaters’, e.g  they may live in the same village but you are uncertain who the parents are. OK, so there are no absolutes using forenames but it’s a possible starting point.

At some point, all of us hit the brickwall, where we are unable to reliably say who the previous generation were, one useful set of clues to help unwrap the problem are forename patterns.

Let us give you an example of what we mean. John was born c.1750, we have a direct line running to the present day but no idea who his parents were. His children had a forename cluster of George, Henry, James and Charles repeated over six generations. His oldest son is called George.

There are a number of possible avenues, all forename related for us to follow.

Not conclusive of course but opening up a completely new avenue of research. John, we now believe was born in an adjacent county and migrated to live amongst others who shared his surname but were not his direct family. This presents us with further research options around these two previously unconnected family groups.
We also had fun as part of a one name study, mapping the instances of the name. This revealed those all important clusters and led us to possible new connections. For a one name study it has proved to be a very useful tool to show possible relationships between different groups who share a surname but who are not necessarily related. Such an exercise could easily be applied to a single family. Seeing how the forename pattern changes over time is also an interesting exercise.
So in conclusion, use forenames to open up possible new avenues of research, a different way of thinking and to reveal those intriguing connections

← Research Notes Collect Curate and Citate
Have you got Plantagenet Ancestors? →