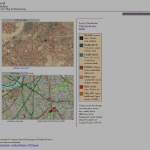 In 1886 Charles Booth embarked on an ambitious plan to visit every one of London’s streets to record the social conditions of residents, it took 17 years. It was an astonishing social survey. His motives were good but did his map of poverty start a process that really benefitted the development of the poor areas and what lessons can we learn from what happened susbsequently? New series by BBC takes 6 streets and analyses their subsequent history in detail. The project is a collaboration with OpenLearn from the OU. It is a fascinating watch available for a limited time on BBC iPlayer.

If your history project includes any family members not only living in London but Britain overall then take a look at this series. It is the BBC and OU at it’s best. Here we are looking at resources as well as the programme available online, to support a project which shows just how intriguing and insightful mapping our history can be. Resources links and videos see below.

Booth was a successful businessman, he created this map in the late 1800s. He had previously believed that social reformers had exaggerated London’s poverty levels. Studies made at the time, estimated that a quarter of the population, lived in unacceptable conditions.

BBC Series focus what has changed, been transformed, and what has barely changed and most importantly why?

“why certain streets have been transformed from desperate slums to become some of the most desirable and valuable property in the UK, whilst others have barely changed.”

Programme features residents past and present, exploring how what happened on the street in the last 125 years and how it continues to impact on the lives of the people living there now.

It provides a lively and vibrant resource by which to consider the lives of our own family members who will have lived through similar changes during the same period of history.