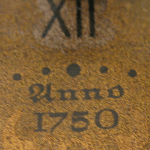 Changes were made to the British calender in the middle of the C18th and it is essential to understand these in order not to get into a muddle with the dates when examining old parish registers.

Britain did not change from the old style Julian Calender to the new Gregorian Calender when the rest of Europe did, in the previous century and consequently found it was 11 days out of step with the rest of the continent.

(Find out more about the intriguing history of calenders)

The Julian Calender had as it’s year start, the 25th March, this is known as ‘Lady Day’ and the year ended on 24th March, of what we would consider to be the following year.

The three last months of the year would therefore have been, January, February and March.

If this is not understood then it can seem as if children are being baptised before their parents wedding.

Here is an example of how this confusion might arise.

A child is born January 1731 and it’s parents married April 1731. From the perspective of our calender it seems as if the child was born before the marriage. The Julian Calender though, runs March to March, so the child in fact has been born 10months after the event.

The Government needed to bring our calender in line with the rest of Europe and so it made the following adjustments: 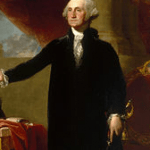 So look out for the jump in dates when looking at the registers, it’s an intriguing historical anomaly

George Washington, for example, was born on February 11, 1731 under the Julian Calendar, but changed the date to February 22, 1732 to reflect the Gregorian Calendar.

← Parish Registers – From Paper to Parchment….
What can be Gleaned From The Post 1754 Marriage Registers? →